How I Successfully Use Competitor Analysis to Hypothesize Tests If you’re anything like I was, you probably spend a considerable amount of time analyzing your competitors’ sites. You may even choose to implement, immediately, all the elements you consider cool enough to have on your own store.

Yet after all of your implementations, your store is probably under-performing. Why?

A lot of us probably assume that because our competitors are doing well, by default, elements of their stores must be good too. We think that using their website as inspiration for our own will help improve performance on our store too.

But there are ample reasons why a store could be doing well: marketing, brand hype, selling necessities, an appealing spokesperson, a sale, and of course, great website optimization! There’s also this truth: despite what you may believe, your competitors may not actually be doing well (yikes, I know).

So, if you shouldn’t just blindly follow the lead of your competitors, how can you best leverage their work to your advantage?

First and foremost, it’s imperative to understand what competitor analysis is and isn’t.

Competitor analysis isn’t just taking cool or interesting elements from your competitor’s site and putting them on your own site. Just because your competitor has a “super cool and fun” filter system on category pages doesn’t mean you should implement it.

Competitor analysis is better understood as a helpful tool for gathering potential solutions to your store’s specific problems. If after some data gathering and analysis, for example, you determine your store’s filter system could use some optimization, it’s okay to seek inspiration from a competitor. Basically, this process is something an optimizer can do—analyze your store’s situation and collect ideas to test for solving your own super-specific site challenges.

I have the pleasure of working with some Build Grow Scale (BGS) clients who get very high traffic. I’ve also worked with some who don’t have enough traffic to run true split tests. The truth is that both small and large businesses typically have a similar bottleneck—one person making executive decisions about the website based solely on their likes and dislikes. There’s no data involved in decision making. Most often, inspiration comes from “top-performing competitors.” Yikes!

This client was a women’s clothing brand. One direct competitor that the owner referred to a lot was Lulus.com. I love Lulus! I shop there quite frequently and can’t say enough good things about their dresses—but I was not too happy to hear over and over again, “Lulus does it this way, so we should too.”

Every time I heard those words, I’d fight tooth and nail for testing whatever they were pitching. And every time, my decision was overruled. Nevertheless, I always tagged the change, and I strongly recommend you do the same, so that in the future, you can prove whether or not the change is working.

On one particular occasion, after doing some extensive quantitative research, I found that the product pages were severely lacking in add to carts (ATCs). So I turned to qualitative measures—onsite polls and surveys—to give me some insight as to why. Most of the responses I received indicated that sizing was a major concern for people. Couple that with a super-strict return policy, and it was a recipe for unhappy shoppers.

I used my findings to hypothesize that users were most likely not adding anything to the cart because they didn’t know what size would fit. Rather than risk purchasing a poorly fitting item that they couldn’t return, they decided not to make a purchase.

For most optimizers, the next step after coming up with a hypothesis is obvious: code a test that addresses those concerns and then run it. And that’s not a terrible next step, but there is an alternative—do some competitor analysis.

So I scoured competitor sites, researching their return policies. At the time that I did this research, Lulus’ return policy was really great. They gave you 10 days after your shipment arrived to postmark your item for return—and they even paid the return shipping. That return policy easily outshone ours. (Note: By the time you read this, it may have changed!)

I also found that other competitors had wonderful size charts which provided great ease of use. They didn’t just provide inches and centimeters. They coupled their standard size charts with quizzes that compared their brand’s sizing to other well-known brands.

So we altered the return policy, putting less risk on the customer and adding a very easy-to-use size-recommendation chart to the product page (right under the size selector). In addition, we added the model’s sizing information to the product details. After gathering enough data, we found that these features helped the client win astronomically over the original variation.

Is It Important to Do Competitor Analysis?

In the example just described, the group consensus was to add a standard-sized chart above the fold. And, sure, that helped. But there wasn’t nearly as much gold discovered as when the inspiration came from competitor analysis.

Now, you may be saying to yourself, “Why does it matter when or how I use competitor analysis as long as I test the change?” Recall that optimization is about solving site-specific problems, not randomly testing elements.

Your storefront has specific problems that are keeping your customers from completing their transactions.

How much different would it have been for this BGS client had I just randomly tested the review layout from Lulus instead of addressing the pitfall of ATCs?

Competitor analysis is an incredibly helpful tool that every optimizer should have in their arsenal. When used at the correct time in the optimization process, it can aid optimizers in the creative process of hypothesizing test ideas. It shouldn’t be used to blindly mimic competitors. It should be used to solve challenges that are incredibly specific to each store. 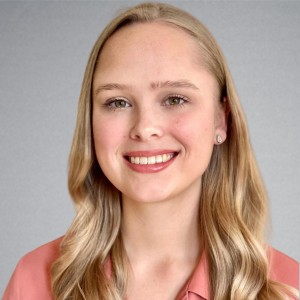 Haley is a Revenue Optimization Expert with Build Grow Scale. Optimizing underperforming pages is her passion and data is how she gets it done. Haley is quite the expert on the subject and has been dedicated to mentoring the future revenue optimizers of Build Grow Scale as the company’s Director of Training. Haley is an avid animal lover and when she’s not in the virtual office, she can be found at the beach with her dog.