As ecommerce business owners, we are constantly looking for ways to maximize our store’s revenue. In an effort to “squeeze more juice” out of our websites, we are repeatedly making little tweaks to them—changing a headline here, swapping out some images there, and so on. But are these little tweaks hurting or helping the performance of our ecommerce businesses?

Well, unless you’re measuring the data via A/B testing, it’s impossible to know.

One of the most valuable tools in any revenue optimizer’s tool kit is proper execution of A/B testing. Yet everywhere I look, I see mistakes—huge mistakes that, in fact, make the data completely worthless.

Quick definition: An A/B test is when you produce two or more variations of a website, split the website traffic among those variations equally, and choose a winner based on which one produces the most net profit.

People seem to have a fundamental misunderstanding of several principles of A/B testing. I’ll often see peers of mine touting their latest wins on social media based on a test they ran on their websites literally a day or two before.

“Interesting results,” I’ll say to them, “Are you sure the data you’re posting is accurate?”

“Yes,” they’ll say, “because after I changed the headline, I saw an increase in conversion rate the next day. So I know it worked.”

But if I know them a little better and feel they are mature enough to take the criticism, I’ll say something like, “Well, have you ever had a particular day where your Facebook ads just seemed to perform extra well for God knows what reason? Ever noticed that weekends typically do better than weekdays?

Then, I usually explain to them the concept of statistical significance and how their results aren’t actually accurate because the sample size is too small.

This is by far the #1 mistake I see Shopify store owners make in regard to split testing (aka A/B testing).

Keep reading, and I’ll tell you four more of the biggest mistakes I see and how to fix them.

How to Get Clear, Unbiased Answers: A/B Testing

As I already stated earlier, the only way to get 100 percent definitive answers about whether the changes you’re making to your website are helping or hurting is to test those changes. So, for those of us that haven’t done this before, how do we get started?

To get started with A/B testing, you need the following:

First, I’ll talk about the software, because that’s the easiest part.

If you’ve got the budget, I highly recommend jumping right in with Convert. They offer a 30-day free trial, they have excellent support, and the tool just works amazingly well.

Google Optimize is free, but it has absolutely zero support (it’s a free tool after all). However, it does do the job just fine for beginners. You’ll definitely want to hire someone to help you install it on your Shopify store; it’s a surprisingly huge pain in the rear.

There are plenty of others out there, such as VWO and Optimizely; however, I didn’t have a positive experience with either of these. They pale in comparison to Convert, in my opinion.

Whichever tool you go with is fine by me, but I love Convert.

Now, on to the fun stuff: The following list of “Don’ts” is a quick guide to help you shave months off your A/B-testing learning curve. A whole book could be written on the subject, but for now, this will serve as an easy reference guide for the basics. Follow these principles below, and you’ll have mastered the 80/20 of A/B testing!

Right off the bat, know that a 30% increase in conversion rate off a single test is a red flag. If the store in question has never been optimized before then, sure—it’s possible to get a 30% win off a single test. But for any store that’s isn’t a complete mess, this percentage increase is highly unlikely.

Digging deeper, I click the screenshot of the data he posted, and bingo!—I’ve found the problem: small sample size. He’s run 300 visitors to each variation at a 4% conversion rate, and he’s drawing his conclusion on this. This is not nearly enough traffic to conclude there’s a winner—in fact, about 20 to 30 times that amount of traffic is needed.

What he’s basically done is flipped a coin 10 times, gotten heads 7 of those 10 times, and concluded, “Heads wins 70% of the time. See, I tested it!” You can see the problem in the logic here.

Fortunately for all of us, there’s a foolproof way of making sure we don’t commit this egregious error: use a statistical significance calculator. There’s a ton out there if you google it, but I like Optimizely’s Statistical Significance Calculator (which is funny, because I don’t like their actual A/B testing software, haha).

The image above shows their calculator in action. I could write an entire article about how to use these types of calculators, but, for simplicity’s sake, I’ll just say this for now: only touch “Baseline Conversion Rate”—nothing else. Fill this in with the conversion rate of the page you are testing (not the entire store average!) and don’t worry about Minimum Detectable Effect or Statistical Significance. Leave those alone. Whatever the calculator tells you is the sample size you need, use that. It’s simple.

Note: If your store gets tons of traffic and has a high conversion rate, you can lower Minimum Detectable Effect from 20% to 10% to get a more accurate result, but for 99% of you reading this, this does not apply. This is only for stores doing tons of volume.

For example, testing any of the following would qualify as “testing dumb stuff”:

They say “fortune favors the bold,” and this is more true in the world of A/B testing than it is anywhere else. Moving a few pixels around here and there is not going to get you the “wins” you’re after.

Think about it, how could it?

You haven’t added any new features that improve persuasiveness, credibility, trust, or authority. You haven’t handled any new objections or explained the value of the product more clearly or anything like that.

Nobody ever went to a website and said, “I had some doubts and wasn’t going to buy initially … but then I realized the ATC button was orange instead of green and decided, ‘Oh man—I have to have this.’”

As you can see, “testing dumb stuff” (not testing boldly enough) resulted in absolutely zero change, even after 25,000 total visitors.

While I certainly admire the thorough attention to detail of wanting to test every little thing, the bottom line is that it’s a waste of time.

Here’s another example: Changing the headline from “World’s Best Dog Leash” to “Best Dog Leash in the World” isn’t going to move the needle. They’re too similar. You need to test bolder, more drastic changes if you want to see the needle move.

So make those big and bold changes, and test those. I am writing an article that will give you ideas and inspiration about exactly what to test, but for now, here are some pointers to get you started:

Test big and bold. A lazy person’s testing strategy gets you a lazy person’s results. It’s a lot of work to code drastically different web pages and test them, but the results are well worth it.

If you can’t fill in the blank with a strong, data-driven hypothesis, you’re not likely to get the result you want.

Here are some ways you could fill in the blank to make the website more persuasive):

Notice that these examples are data driven and not opinions. They are all based on observational data of some kind, not a random idea that came to you. If the best you can come up with is, “I’ve got a hunch/feeling” … odds are, it’s going to be a loser.

Now, how many ways are there to remedy this objection? There is a concept within the world of A/B testing known as iterative testing. This means that even if the first solution we think of doesn’t win, we can iterate again and again until we find something that does work.

Getting back to this example: The issue is lack of trust. How many new web pages can we iterate that might remedy this? Here are a few:

We could brainstorm hundreds of ways to improve the level of trust in our website, but this list will do for now.

Given the caveat that you have a strong, data-driven hypothesis to begin with, if the first solution you tested didn’t result in a win, you can simply iterate new versions again and again and again.

There comes a logical point when you’ll want to throw in the towel, of course, but don’t give up too easily. Iterate a few different versions first and see if you can get a win on your second or third time around before giving up and trying something completely new.

So, unless you’re Amazon, you need to be selective about what you test.

In my two plus years of running A/B tests like a madman, I’ve noticed something: any time you make a change to your website to add extra clarity or address a new objection, it’s pretty much guaranteed to win. There’s no need to waste valuable traffic-testing when that traffic could be reserved for running other tests.

Here are a few examples to illustrate my point:

I think you get the point. There is a fine line between trying to be thorough and testing everything to a ridiculous degree. So remember, any time you address a new objection or add something clarifying, don’t bother testing it. Save that traffic for something else.

If you can avoid these five common A/B testing mistakes, you’re already 80% of the way toward true mastery. This is the foundation on which to build the rest of your knowledge.

The whole point of getting A/B testing right is to help your ecommerce store make more money. The next thing you should do is head over to our six-part revenue optimization mega series, where we break down the optimization of each page of your store in extreme detail. 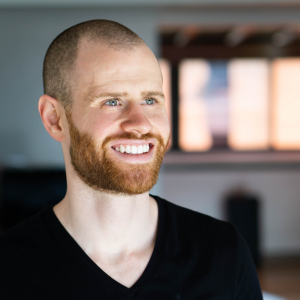 Casey Brown has been with BGS since 2017. As a former Shopify store owner and full-time direct response marketer for many years, he understands the challenges experienced by “ecompreneurs”. Casey has earned the reputation for being a master A/B tester. Inspired by cold hard data, experience, and a little bit of gut instinct, it’s not uncommon for Casey to get clients huge wins quickly. According to Casey, waking up to this job and working with people you love is a luxury few are blessed with.